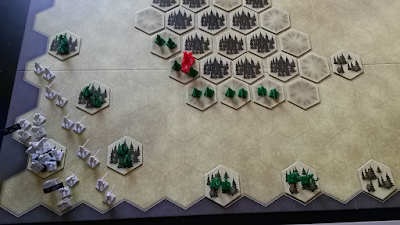 A furious exchange of fire then took place between the French Militia and Indians and the Rangers. Colonel Langy began to advance with the French Regulars to keep the pressure on the Rangers. 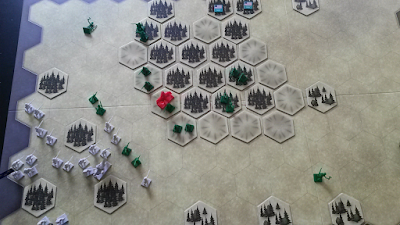 The French Militia and Indians took heavy losses but inflicted some casualties on the Rangers in return. Colonel Langy lead his Regulars into the centre of the Ranger line to try to break through. 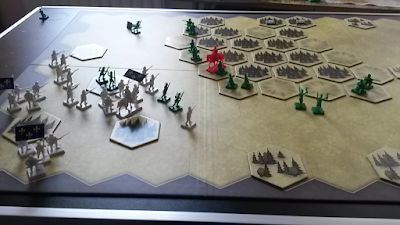 Langy was shot down as the Regulars attempted to close and the remaining French attackers either fled or were killed. 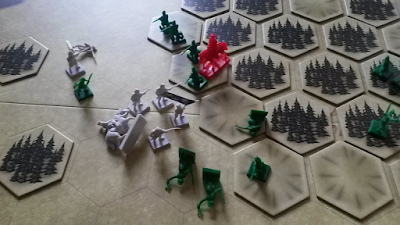 Colonel Rogers and the remaining Rangers were then able to retire and make their escape. 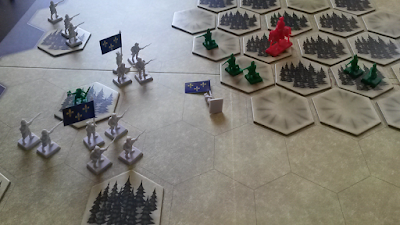 British victory over the French in 9 turns. British losses 5/10 Rangers. French losses Colonel Langy, 4/12 Regulars, 5/10 Militia and 8/10 Indians. Another historical outcome, in reality the Rangers held on until nightfall and withdrew after heavy losses on both sides.
Posted by Zanoni at 07:25