With the lock-down continuing I'd been thinking of a way to play Blucher in a smaller space and thought I'd try a solo game with each unit a single 40 x 30 mm base allowing me to play a game on a 3ft x 2ft table.

For the first game I played a scenario I found online for the battle of Vimeiro, the first battle of the Peninsular War involving the British. The scenario seemed a little unbalanced with a much superior British army taking on a French army which was arriving piecemeal.

The British army under Wellesley is deployed on hills either side of the river Maceria which is fordable along it's entire length. The village of Vimeiro is on the French left with Toledo on the right. The initial French force under Junot is Loison's Division and a single brigade from Delaborde's Divsion: 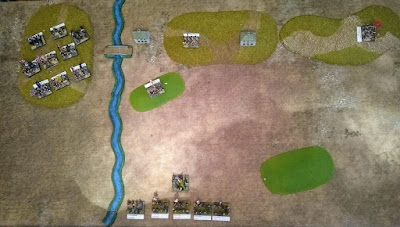 Junot orders Loison's Division to attack quickly and attempt to overwhelm the outnumbered British to the east of the river while the single brigade from Delaborde's Division attempts to hold the riverbank. Kellerman has done well to bring the French Reserve, the most powerful part of the French army, up quickly to support Junot (they arrived at the first opportunity). Wellesley has sent some brigades to support the British east of the river while other brigades begin to try to outflank the French: 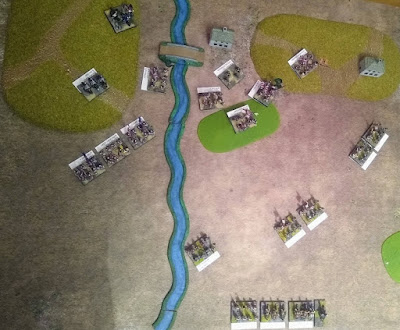 Kellerman moves up to support the French attack, Welesley continues to redeploy his forces and initial skirmishes occur between the armies: 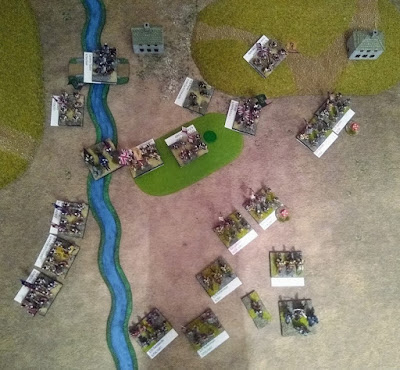 French fire is effective and hits the British hard: 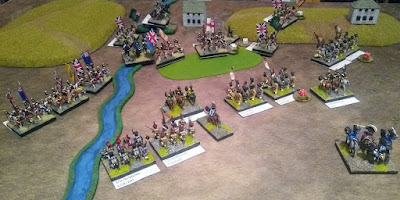 Skirmishing continues in the centre. On the French left the British are attempting to cross the river but are held up by French infantry and the threat of the French cavalry: 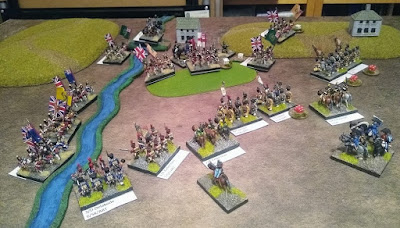 One of Anstruther's brigades,holding the hill in the British centre, breaks and falls back. The second French cavalry  brigade catches some Brtish infantry not in square and inflicts heavy losses on them: 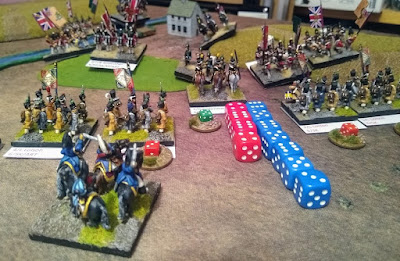 Three of the four brigades of Loison's Division are almost spent though the British have taken loseses as well: 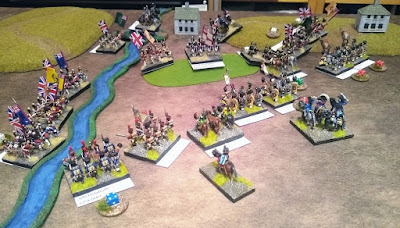 The final French units, the remainder of Delaborde's Division, have arrived and move up to engage Trant's Portuguese brigade: 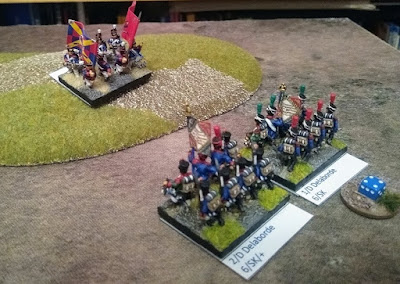 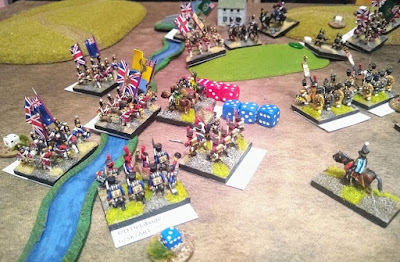 The British charge the two brigades of Loison on the right of the French line. One French brigade is destroyed and the second falls back shattered: 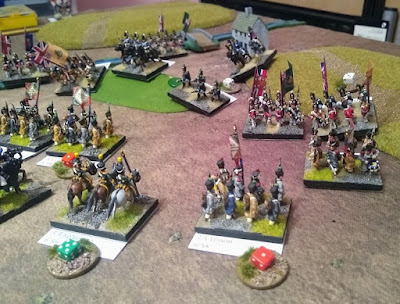 Kellerman's Chasseurs charge one of the attacking British brigades and destroy them. With break points for both armies only 4 the French have lost one brigade, the British two and both sides have several other units wavering: 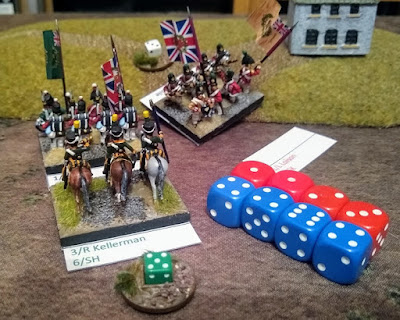 The French Dragoons charge again, this time with much greater effect: 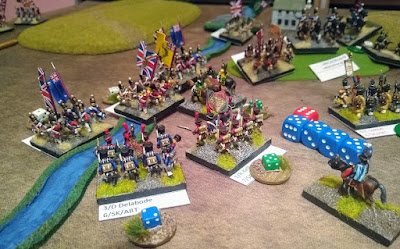 An overhead view of the battle showing just how many units in both sides are badly damaged and only just holding on. Which side will break first?: 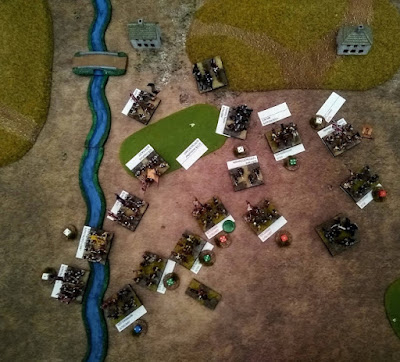 The view from the French lines, with only two units left having an elan above 2 the situation is desperate:

Another French brigade breaks, both sides have lost three brigades now so one more loss will see either side break. The British appear to be stronger though:

However, in the distance the skirmish between Trant's Portuguese and Delaborde's Division has been continuing to little effect on either side. Making one last effort Delaborde's men manage to inflict three hits on the Portuguese in a single round of firing breaking them and winning the game for the French: 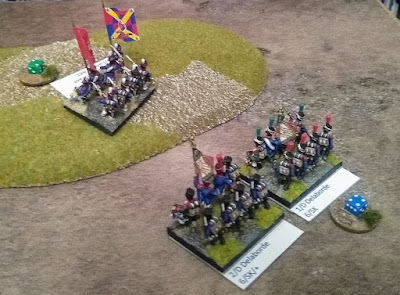 The final position in the main area of the battle with the French army disintegrating just as victory is achieved!:

I have to say this battle was much closer than I thought it would be from looking at the army lists. The British army is much stronger than the French (even taking into account that in the scenario two of the British brigades were meant to be "mobile" which allows them to move and fire, a very powerful advantage that I decided not to give them).

The British position is not a strong one though with the river making it hard for the British to reinforce their isolated units to the east of the river. This was exacerbated by the fact that the British could only activate either individually or by commander resulting in a few turns when they struggled to make some important moves and make use of much of their army.

Having said that for the French Kellerman arrived as quickly as he could and even so the French only just won so most of the time I'd expect the British to easily win the battle.

Using a single base as a unit worked okay, it was rather ADLG-like seeing such a small number of figures making up the armies so was not as spectacular as a full-sized battle would have been but the  it was easier to set up, play and clear away!
Posted by Zanoni at 01:21