Gary and I started our next CoC PSC, this time set in 1940 and entitled 'Abbeville'. The first three scenarios involve the 51st Highland Division attacking the German 57th Infantry Division.

I took the Germans this time as Gary was keen to start on his own BEF, for now though most of the BEF would be my figures until he gets more painted. With only 5 support points I picked a Sdkfz 222 which used up all my support. As the Brits had 10 support I was sure they would bring armour so needed something to try to counter that.

The scenario is an attack and defend with the Germans defending a wooded area on the 4th June 1940: 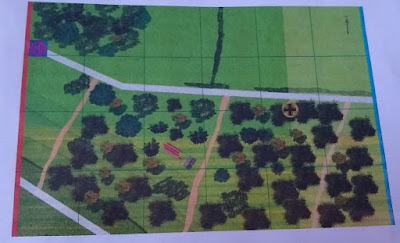 Initial force morale gave the British a slight advantage at 9 compared to the German's 8. The patrol phase gave us both jump-off points in the woods. First to appear was a Lancaster Armoured Car, freshly painted by Gary: 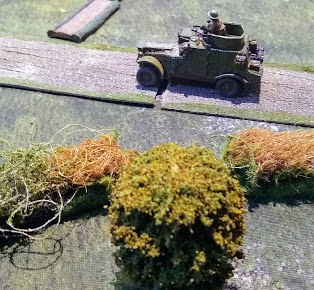 More British appear in the woods including a Vicker's MMG 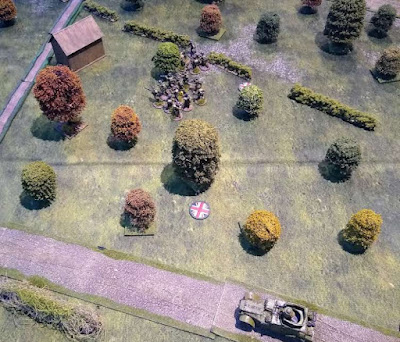 With the British section and MMG temporarily separated by the woodsman's shack the Germans see an opportunity and deploy a squad which opens fire on the MMG: 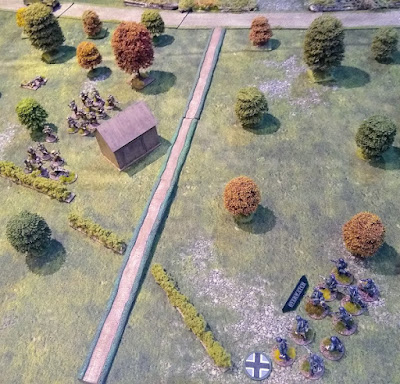 Casualties mount for the British MMG: 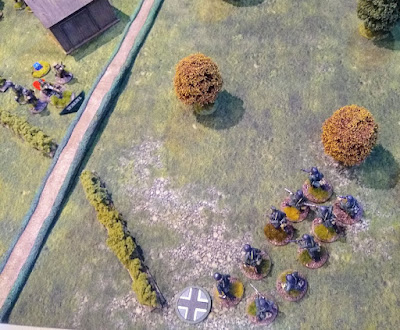 Another German squad deploys as the British try to push forward:

The Sdkfz 222 arrives and takes a shot at the armoured car. It hits forcing the car to retire and putting some shock on it: 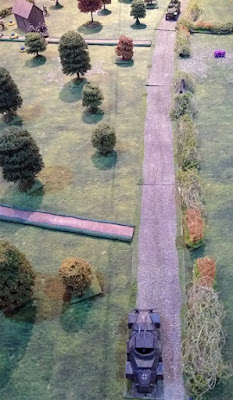 The British MMG is pinned and has only two crew left. The German's rush the survivors!: 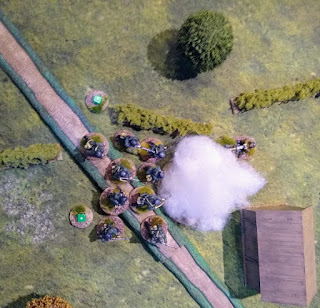 The MMG crew are killed but inflict some losses on the Germans. A firefight has begun on the right with both sides taking losses: 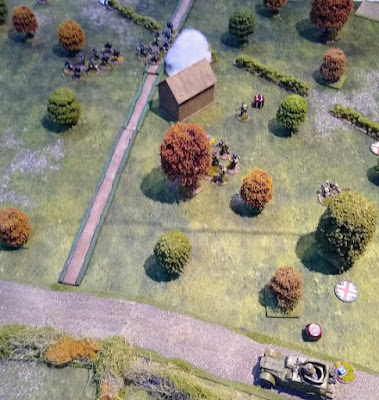 Another British section arrives and faces the weakened German squad that captured the MMG: 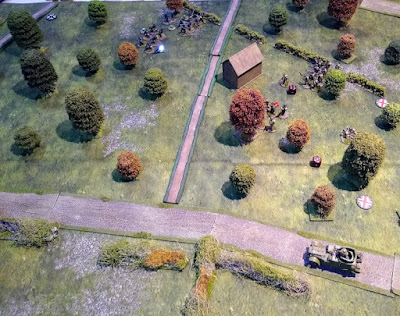 More support appears for the British, this time a Hotchkiss H-39 tank. The tank, the Sdkfz 22s and the British armoured car would exchange shots ineffectively for the rest of the game!: 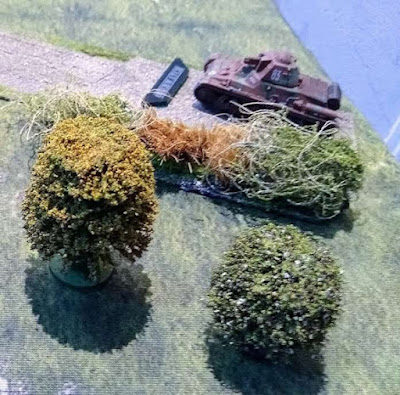 The German infantry fall back sadly reduced in numbers. The final German squad deploys to bolster the line: 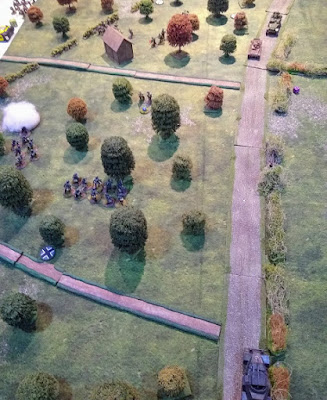 The British push forwards again. Losses are mounting for both sides and force morales are falling: 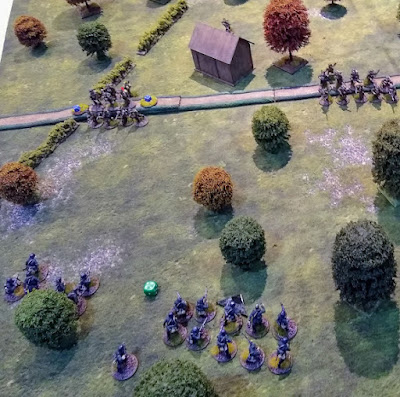 This time it is the British who resort to the bayonet!: 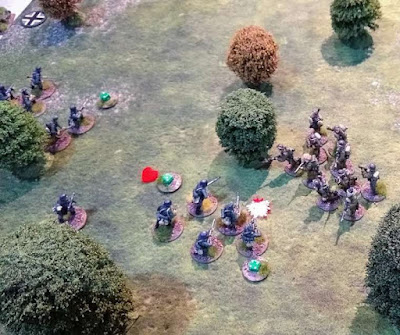 With a last-gasp effort the Germans manage to break the British morale before they either run out of men or their own morale breaks. A close-fought game:

A bit of a blood bath again, I think I probably only had around 15 men left at the end of the game though this does not really matter as we both get fresh platoons for each game while the British are attacking.

The map didn't really give either of us many options and I suspect that if  Gary had been less aggressive with his MMG he may well have won. The mini-battle between the SdkfZ 222, the H39 and the Lancaster armoured car was quite funny with numerous shots being exchanged that resulted in very little other than the odd point of shock or slight reverse.

The next game has an even more open table so I suspect my Germans will be holding on to the base edge again!
Posted by Zanoni at 08:45